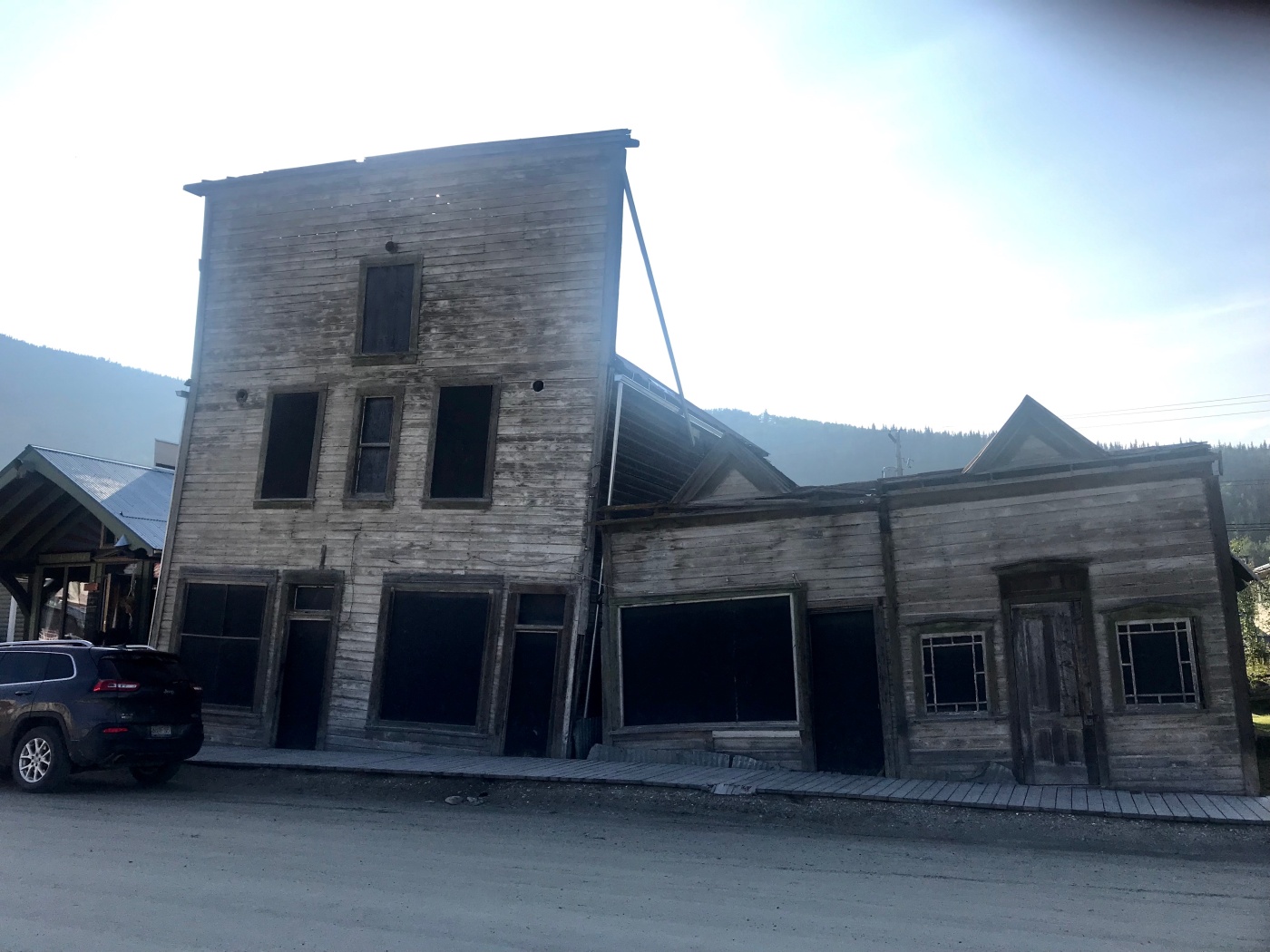 Ok, I judged Dawson City too quickly. I suggested to Tom that we walk through town and review the literature from the Visitor Center before we blew out of town.

After a sticky bun and steak and egg sandwich at a delightful bakery, we went to the museum as our friend Will suggested. We learned so much about the Klondike gold rush! Like, it was mostly Americans from San Francisco who filled the town of Dawson City, Yukon, CANADA (to the tune of 40,000) and the Mounties worked hard to keep law and order there. The guy who found the first nugget was First Nation and his white brother-in-law told him they wouldn’t accept a claim from an Indian, so the white Carmack got the credit.

Another thing we learned is that if you are building on permafrost, you need to leave space between your building and the ground, or you may melt the permafrost and your building will sink. Check out these buildings, which were built right on the ground:

Dawson City was having a community barbecue and all were invited – no cost. We had hamburgers and marinated vegetables and cookies.

Then we made lemon-limeade to use up our citrus before we got to the US border. Last time we entered the country at Grand Portage, MN, we had to surrender our lemons, limes and green peppers. And we had even bought them in the US. 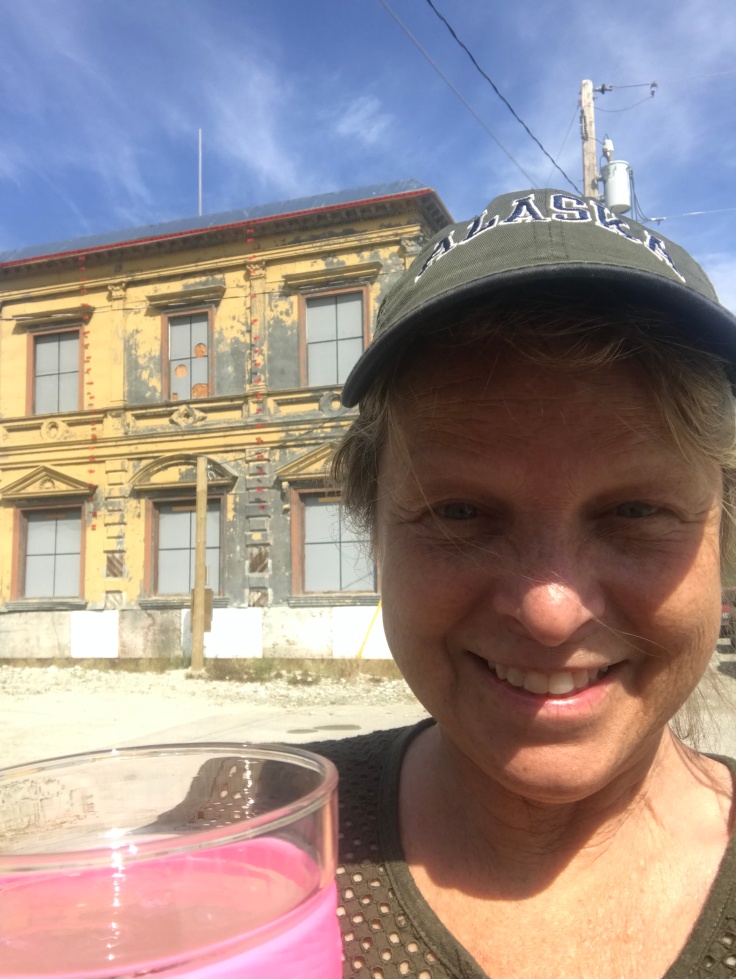 Next stop ALASKA! We entered the US at 5 pm, which became 4 pm after we crossed the border. Those turquoise buildings are the most northerly land border port in the USA.