Cloudy and cool in the morning, giving way to hot and humid.

The cute little pileated woodpecker has become a problem. It will not leave the van alone. We tried covering the windows and leaving a ladder next to the van, but that woodpecker is still fascinated with the van. 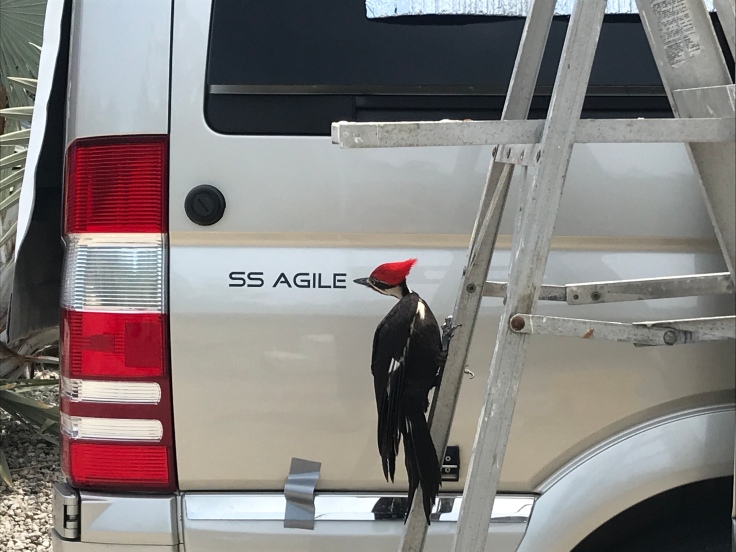 Early in the afternoon, the breeze died off so we went for a boat ride. We drifted north of the island so Tom could fish.

It is amazing the things that you see when you slow down or stop!

I have been admiring cormorants. They swim along with only their heads and necks sticking out of the water and just have this vulnerable appearance. Boats go speeding by them, and they dive and get out of the way fast. 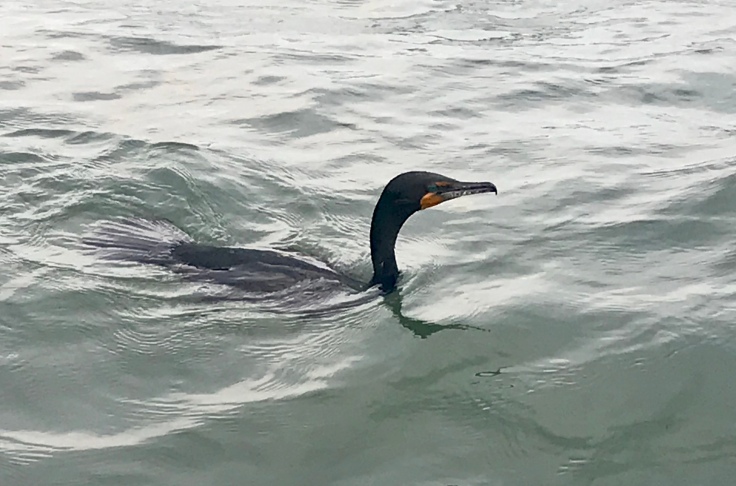 We saw two groups of dolphins, one to the north of us, and one to the south. Maybe eight or nine dolphins in total. Boats would zip right by them and not notice them. One dolphin did a high jump out of the water – perhaps 10 feet! We had never seen a dolphin in the wild jump that high before.

We followed another dolphin along the channel markers back to our canal. It was an individual dolphin swimming along. It did a nice dive and waved its tail fluke for us. 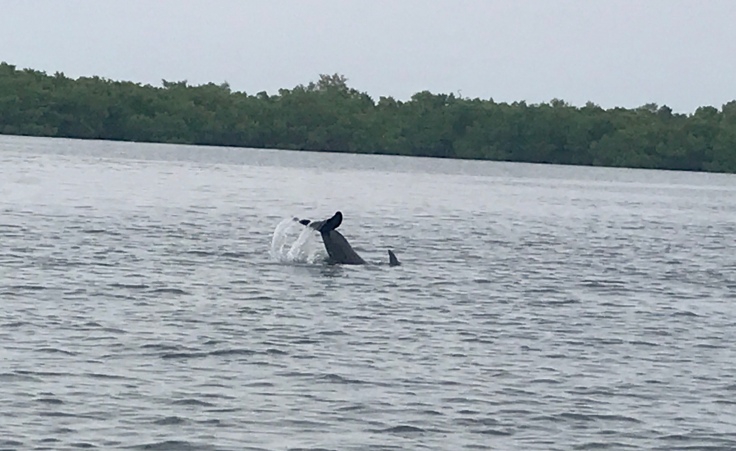 Oh yeah, and Tom caught two brown trout! He wasn’t sure if he could keep them so he threw them back. 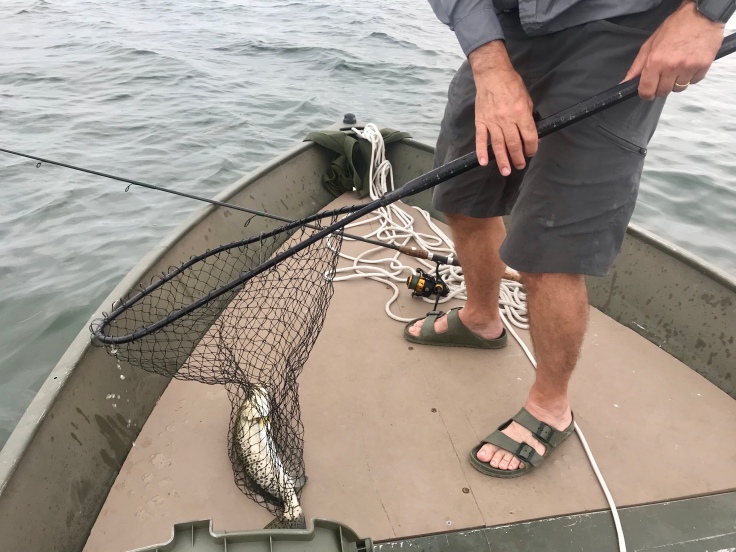