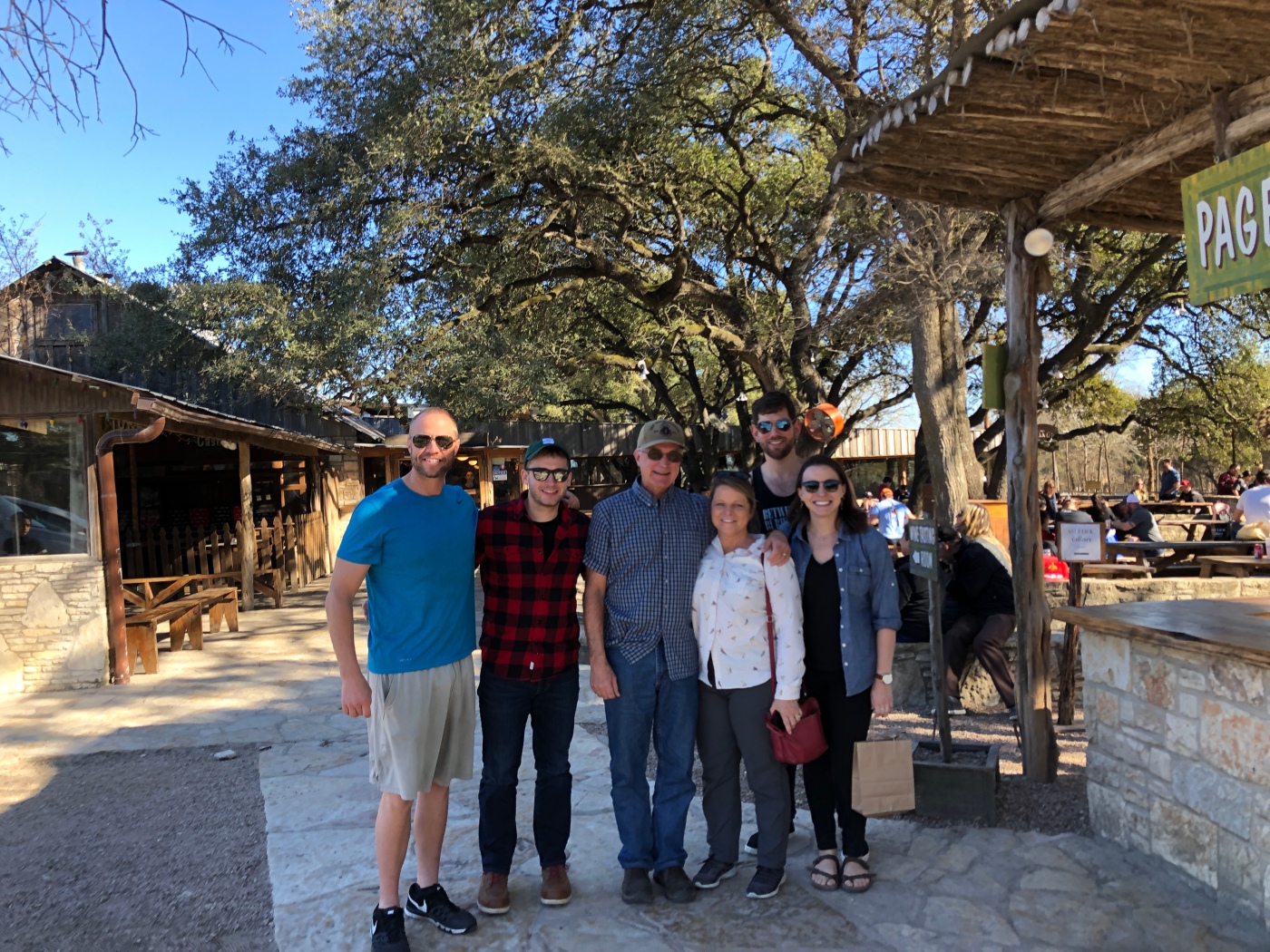 We drove to Fredericksburg where we did some wine and beer tasting. On the way we stopped at Salt Lick Barbecue. This place was a little different than the other three barbecue places in that it was spread out in the countryside and we were attended by a waitstaff. The barbecue here was also delicious.

Dan and I checked out the Nimitz Pacific War Museum. Too bad we didn’t get there until 40 minutes before closing – the displays were plentiful and interesting. I got caught up in the political situations in Japan and China prior to the onset of war.

We got to see some football playoffs at the Fredericksburg Brewery before heading back to Austin.

Jared headed home to Dallas and we played cards.