What is it about Whataburger?

We tried their breakfast biscuits today and their biscuits are really good!

We went to Aransas National Wildlife Refuge today. This is where the endangered whooping cranes winter over from Canada. We were lucky to see at least two individuals. I wish I had pictures, but photographing wildlife takes a batter camera than my cellphone.

In addition to the whooping cranes, we saw lots of water fowl, alligators, deer, and two armadillos. The refuge is a very peaceful place. 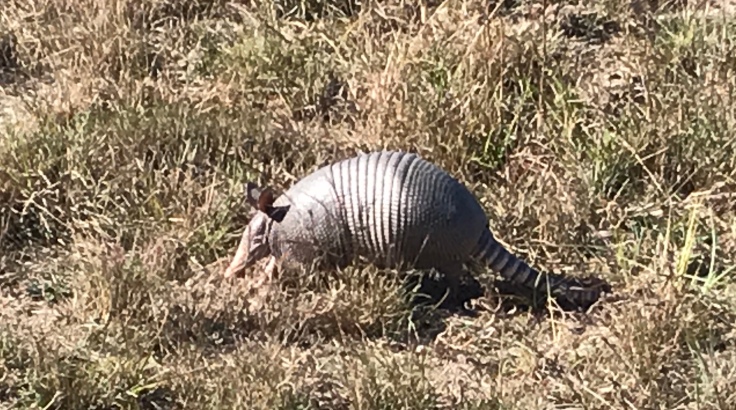 The state parks are some distance from where we were in Aransas, so we stayed at a Walmart in Port Lavaca. This town is across a small bay from what looks like two oil refineries. In the evening, cars streamed over the bridge from the refinery side. We have seen many scenes like this in east Texas.

We got some tacos from a popular food truck. The girl taking the orders did not understand “where do we pick them up.” I should not be surprised. The chip lady at the Mexican restaurant in Saline, Michigan doesn’t understand English, either. We just felt like foreigners again. The other customers were speaking Spanish too.

Anyway, these crunchy tacos were some of the best EVER. Delicious beef, chicken, cheese, perfect shells. 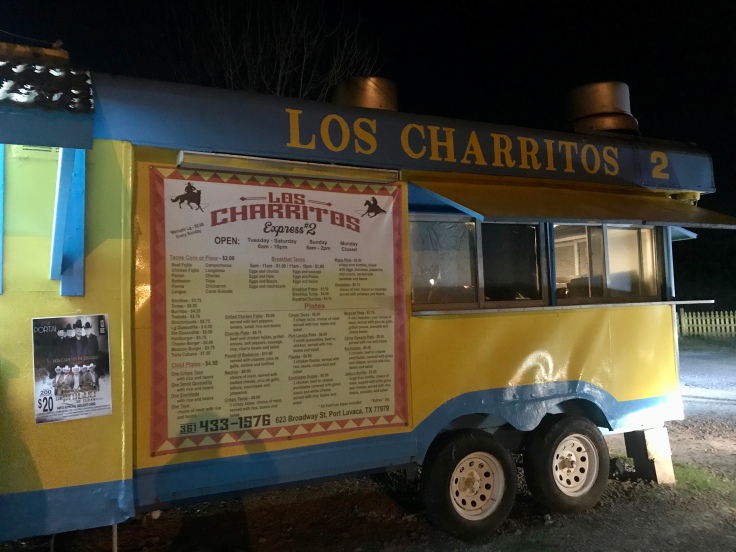 I just realized, none of these Walmarts have a salvation army bell ringer. In fact, we haven’t seen a bell ringer since Roswell, New Mexico. Maybe they’re not allowed in Texas.