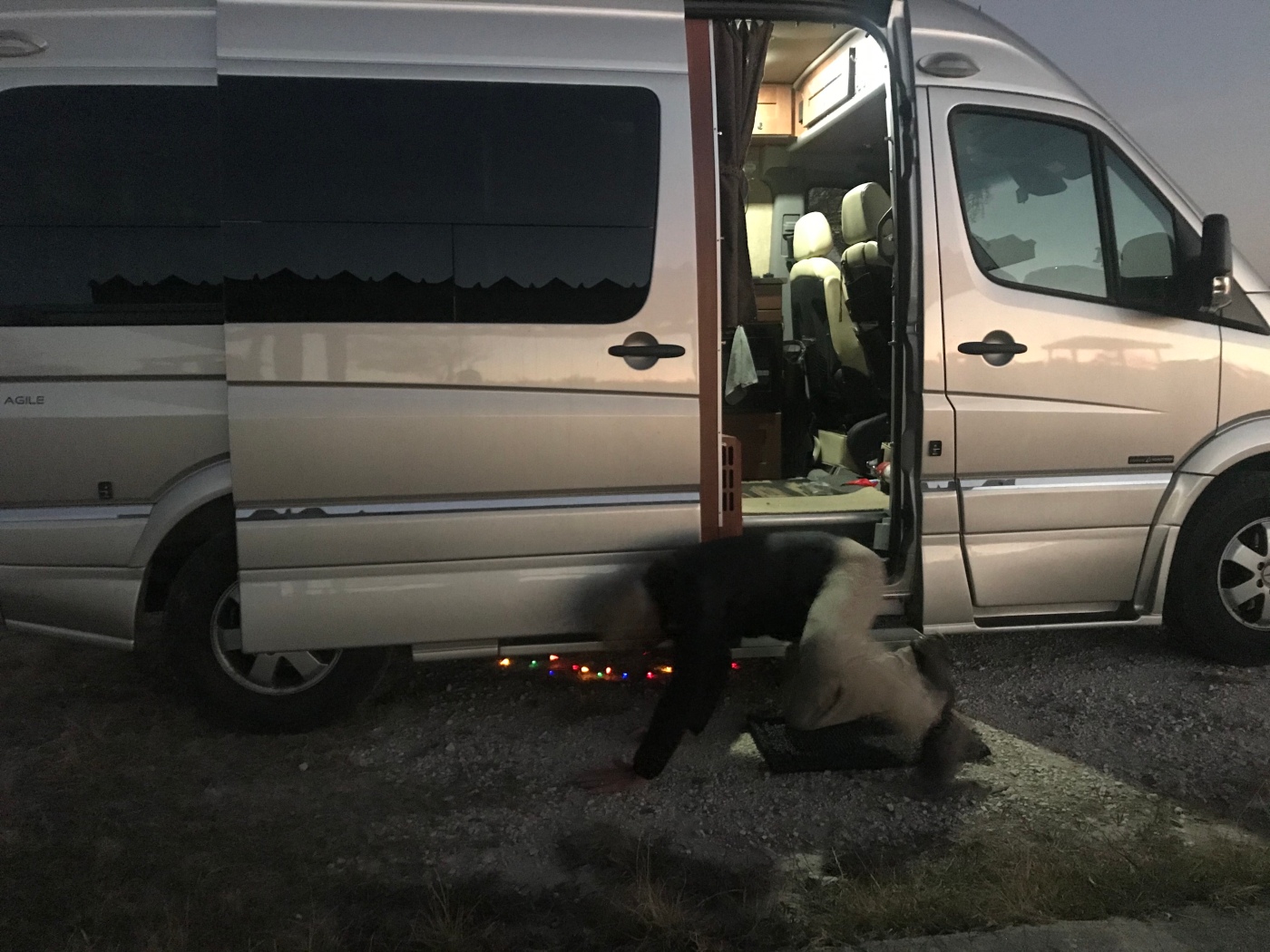 We got ripped off again! Tom puts Christmas lights under the RV to ward off any pack rats or other nuisances. We drove into the hill country yesterday and when we got back, the Christmas lights, and again one of the leveling blocks was gone! I spoke to the neighboring campers and they said someone from the park service had been at our site.

We didn’t get it. We left chairs at the picnic table and we already paid for the night. Why would the park people take our stuff off the driveway when they knew we were coming back, or not take the rest of the stuff we left at the site?

To make a long story shorter, I saw the maintenance people this morning and told them what happened. They got on their radios and asked if anyone had turned in our things. The camp host replied that she had a mat, lights, and the leveling block. She brought them over to our site and apologized. She was very nice. But we don’t think she gets it. She should have checked to see if we were still staying at the site before removing our belongings.

Perhaps we shouldn’t have left things in the driveway like that. From now on we will “Sue-proof” the items we leave behind.

If it’s possible, there are more dead deer along the roads in Texas than in Michigan. We saw two dead javelina also. The first one I saw I thought was a black bear.

The trees in the hill country have these balls of tangled green stems in them. They are stuck on the utility lines as well.

So I did some research while Tom is driving through flat and cloudy terrain. These are ball moss, they’re native bromeliads, not parasites, and should not hurt the trees.

We arrived in Laredo and are at Lake Casa Blanca State Park. I found some big ant nests at our campsite and identified them as red harvester ants. These nests are about 20 inches in diameter.

It appears that we can coexist with the ants.