Once again I judged something too quickly. I wasn’t interested in visiting an old fort named for Confederate President Jefferson Davis.

We were driving by on our way to the library when I noticed how nice the fort’s buildings looked in the morning sun. So we stopped for a couple pictures and noticed this is a national historic site. So we went inside, and ended up spending all morning there. 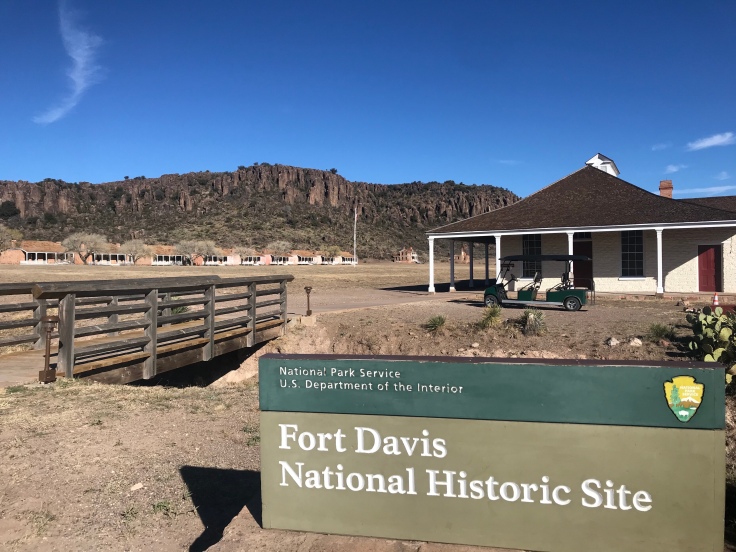 I give this park high marks: informative displays and film, and a good look at and inside many buildings of the old fort.

We learned about the Buffalo Soldiers – blacks regiments admitted into an upsized military after the Civil War. And about Henry O. Flipper, the first black graduate of West Point.

Before all this, the fort was built to allow safe passage to El Paso and beyond through Comanche and Apache lands.

The history of the West has become alive for us on this trip, an experience. My understanding of how each state has been settled and become a state and has been very eye-opening.

We had lunch in an adorable little restaurant in the town of Fort Davis, called the Drug Store and Hotel.