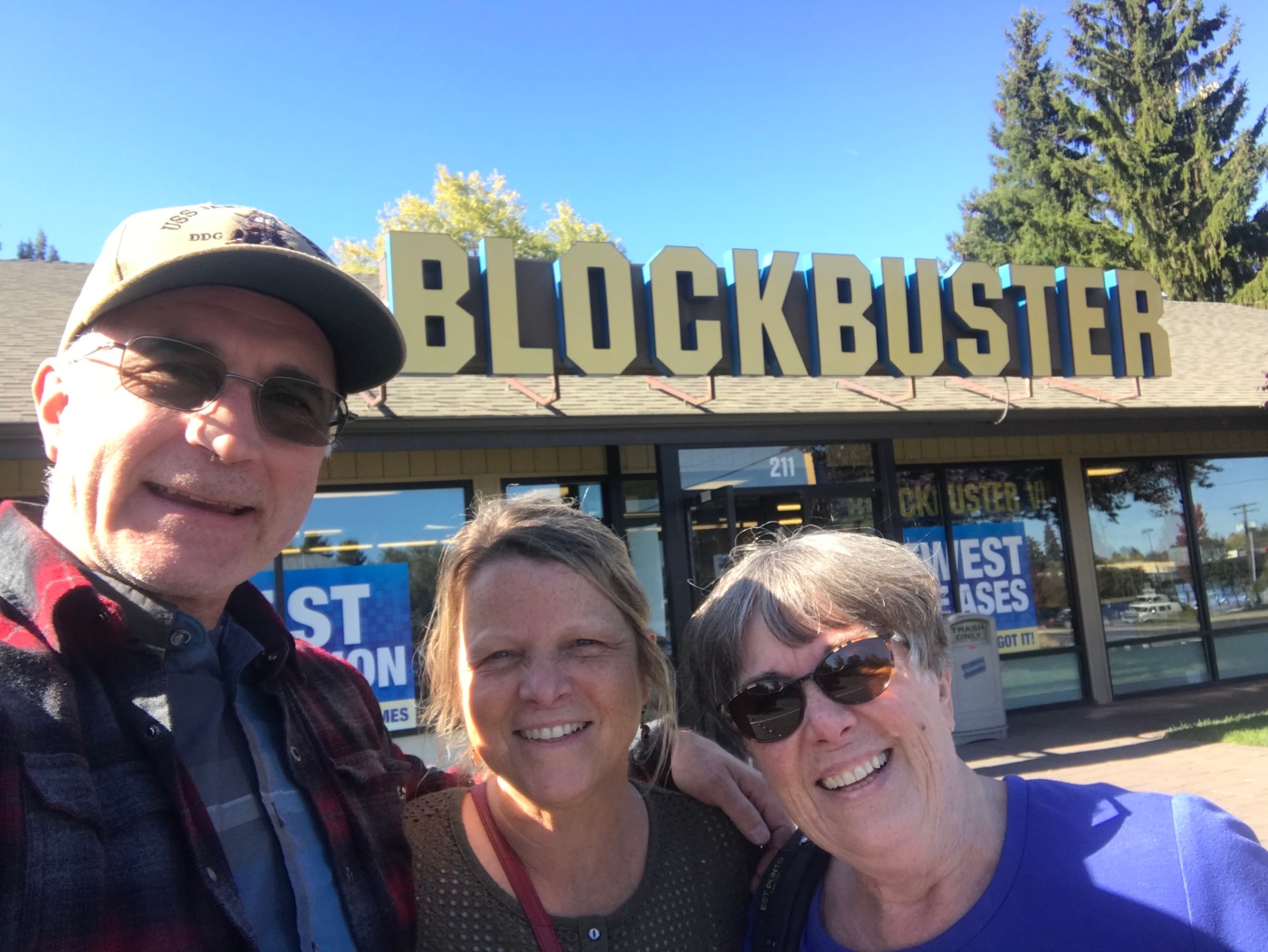 Don and Kay took us to some excellent local sights today. First we went to Pilot Butte, in Bend, OR. It was a very clear day and we could see many mountains, including some of the Cascades volcanoes. 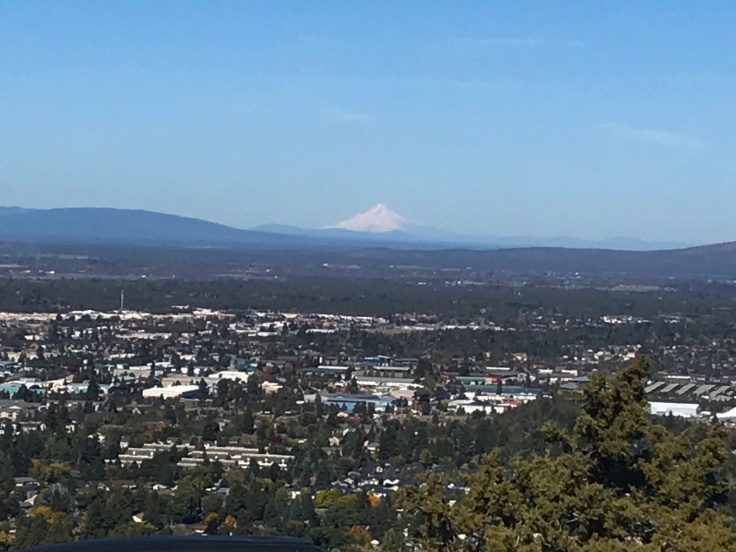 We went to the Newberry National Volcanic Monument. The Newberry Volcano is a crater so big that most people don’t recognize it as a volcano. We went up a scary winding road to the top and saw two lakes that were left inside the crater.

Then we visited Lava Lands, which is a pile of lava rocks that have been sitting there since a cinder cone on the flank of Newberry Volcano erupted 7000 years ago. This was also a scary drive up to the top of the pile, called Lava Butte.

We were the last visitors to go up the pile for the season! 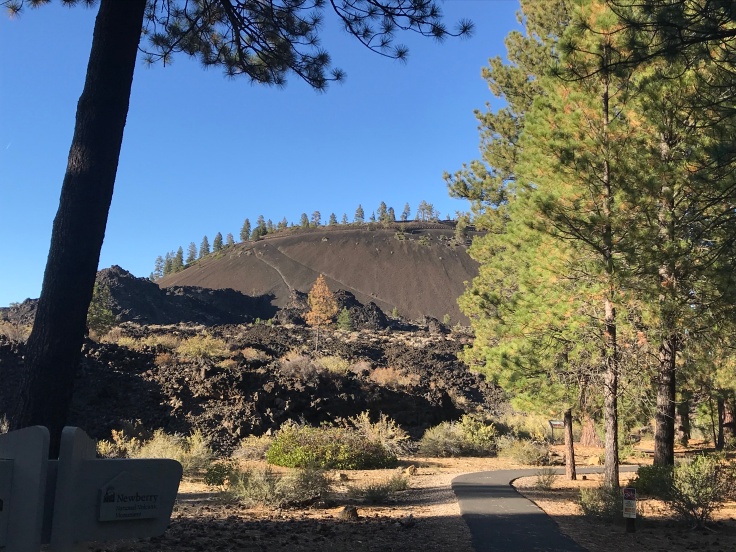 Before our volcano visits we went to the last Blockbuster Video store in business in Bend.

And after our volcano visits we tried two more breweries in Bend, giving us a total of six stamps in our Bend Ale Trail Beer Treasure Atlas.