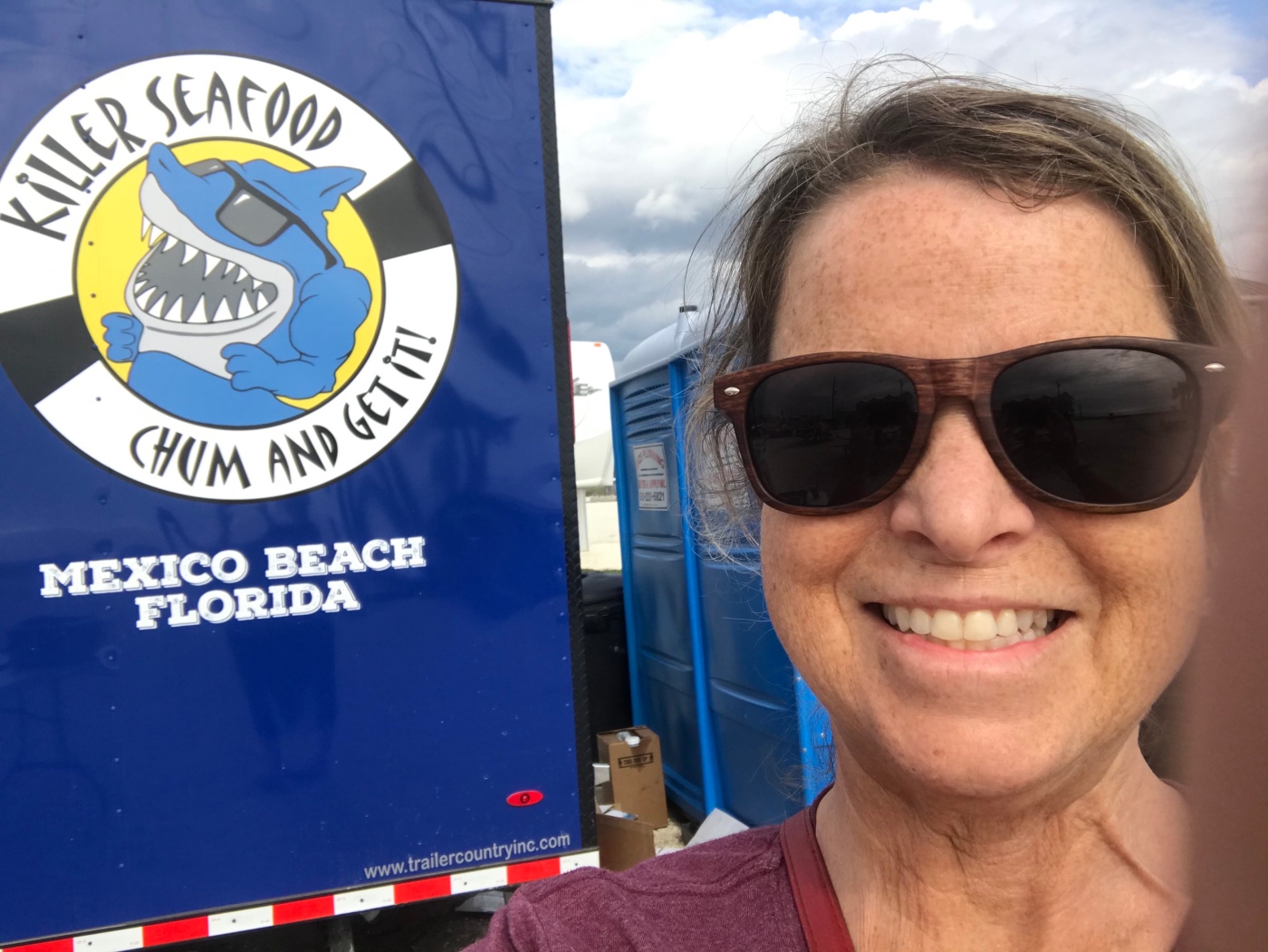 We are still slow at getting going in the morning.

The Forgotten Coast was hit by hurricane Michael in 2018. We went to The Apalachicola National Estuarine Research Reserve Visitor Center in Eastpoint. Here is a lot of information about Hurricane Michael. Tom is showing the flood line created by Michael at the Reserve. 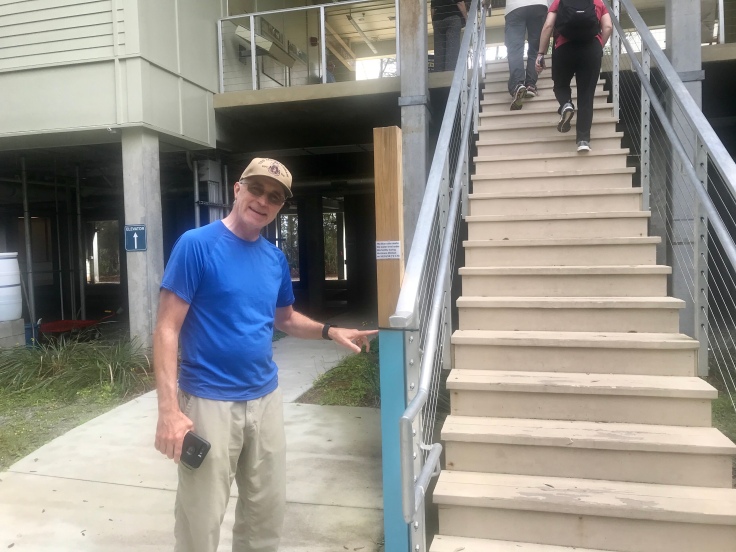 There are several tanks which previously held wild marine life from the area, with signs pasted on, explaining that the hurricane had knocked out their filtration system, so they had to let all the marine life go back to the wild. There is also a cool historical timeline. The inventor of the ice machine was from this area!

We drove along the coast towards Miramar Beach, where Joe and Gay are staying. We drove through Mexico Beach, which was decimated by the hurricane. Less than half of the buildings here are in usable condition. But lots of construction is going on and I’m sure everything will be rebuilt. 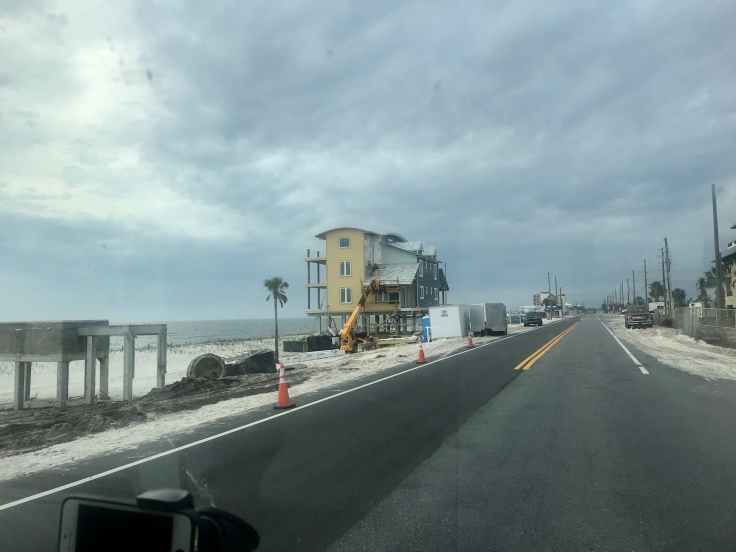 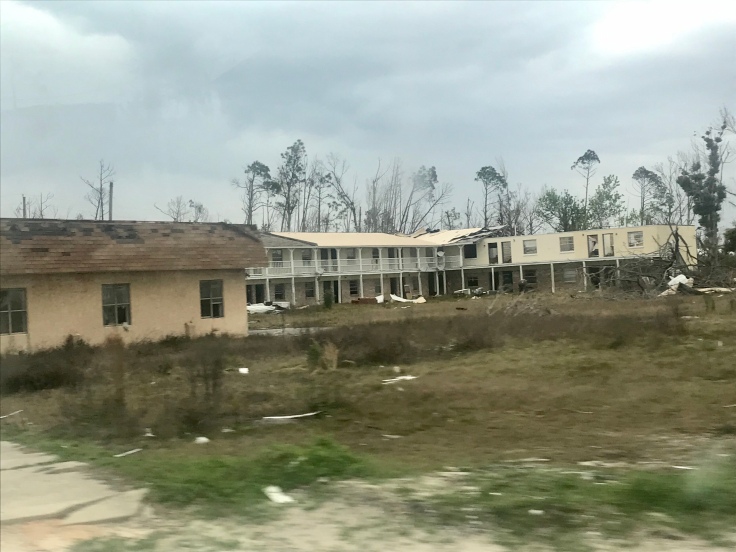 We had a keen eye out for some kind of seafood shack to have a bite for lunch. Tom found Killer Seafood and pulled in. The food truck was brand new and after talking to the owner, we learned that on this spot was one of the best restaurants on the Florida coast prior to the hurricane. They will rebuild their restaurant also. We had scallops, hush puppies, fries and slaw and were very grateful for the stop. 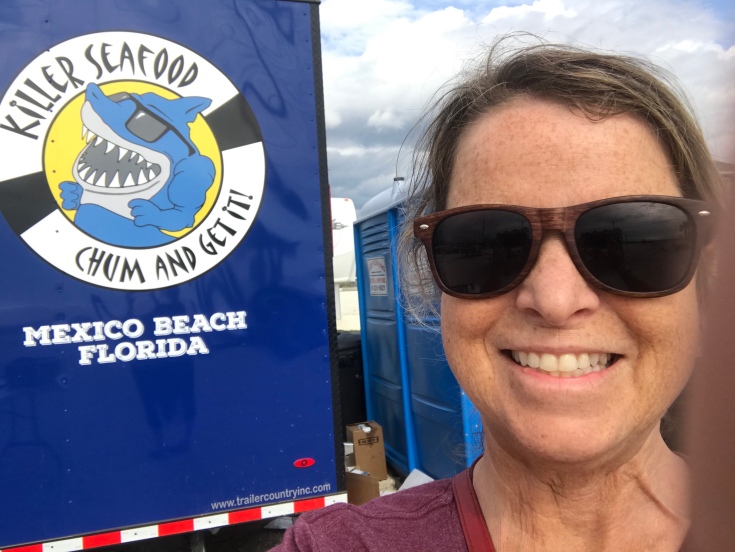 The forgotten coast has barrier islands and peninsulas. The storm separated St Joseph Peninsula State Park from the rest of the peninsula. It has a nice campground, but you can’t get to it.

The clouds became thicker as we got to Miramar Beach.