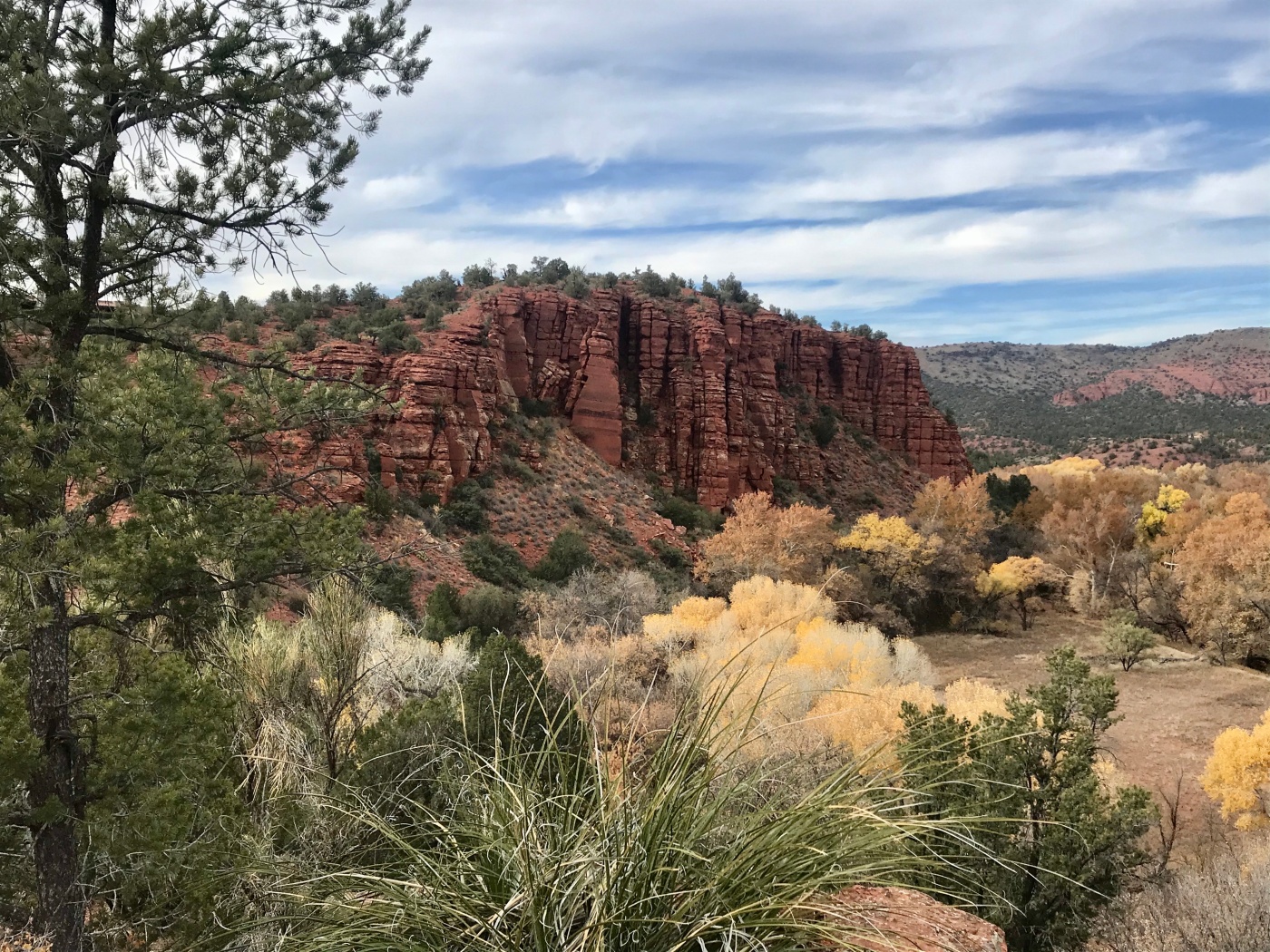 Day 133: Cottonwood Fairgrounds (be out by 8:30 or be locked in until after the gun show)

The coffee pot would not start. It worked last night but now it doesn’t. An electrical part must have broken.

After going out to breakfast and grocery shopping, we spent most of the day at Red Rock State Park, just outside Sedona. The park is set up with a Visitor Center, theatre, classroom, and landscaping outside. Everything is tastefully built with red sandstone bricks and cement. 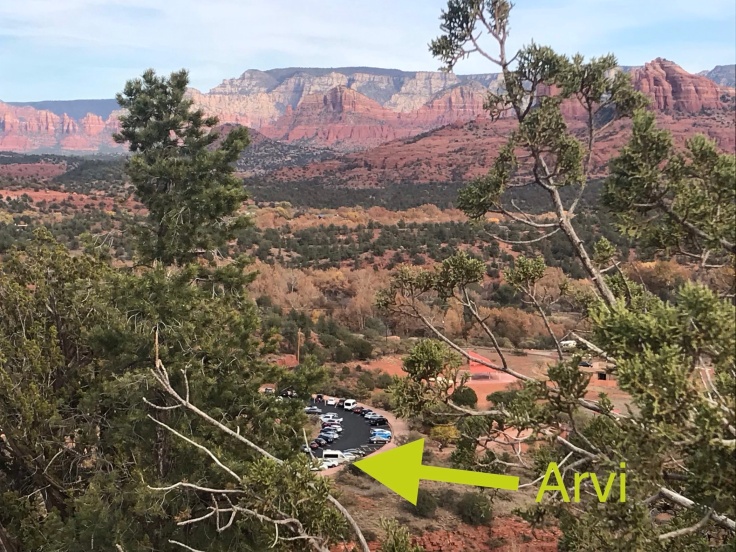 We did several hikes there and had some high views of the Oak Creek area. Temperatures were in the 70s and we had light cirrostratus clouds. 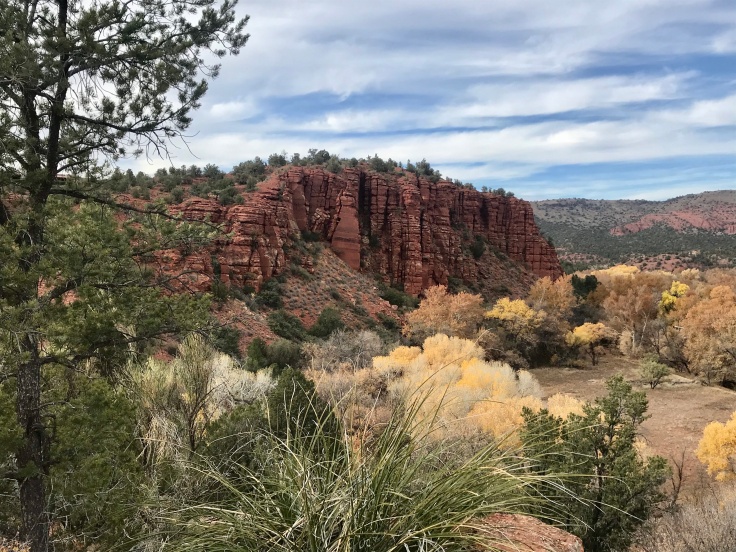 We found a road in National Forest land where camping is allowed. Two or three other vehicles were already there, but we didn’t see anyone around. 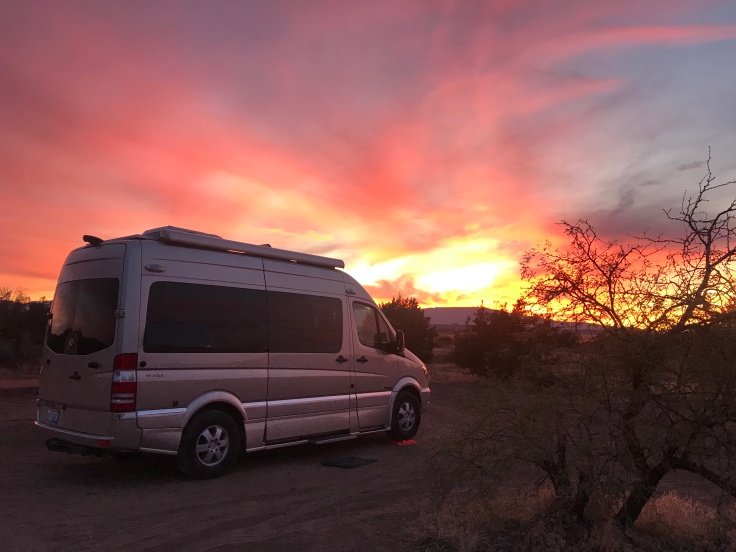 It was almost dark when a man called out to us and invited us to his fire at the vehicle close to us. We went over there for a while. I took a chair, but Tom wanted to stand. Possibly he was looking for a quick exit. We had a very interesting conversation with a man who lives out of his car. He has been in this area since 1991. He said he doesn’t do a lot and he doesn’t eat a lot. No meat, sometimes eggs or cheese, and lots of protein powder and drinks. A very intelligent man who knows a lot about the flora and fauna of the area, he goes into Sedona early in the morning, snoozes in his car, then goes to the library for a lot of the day. He also attends lectures in Sedona and spends two weeks at the Grand Canyon in June, attending ranger talks and lectures. He winters in Yuma, summers in Flagstaff, and spends spring and fall in Sedona.

We retired to our RV and listened to our book, “Undaunted Courage,” which tells the story of the Lewis and Clark Expedition.