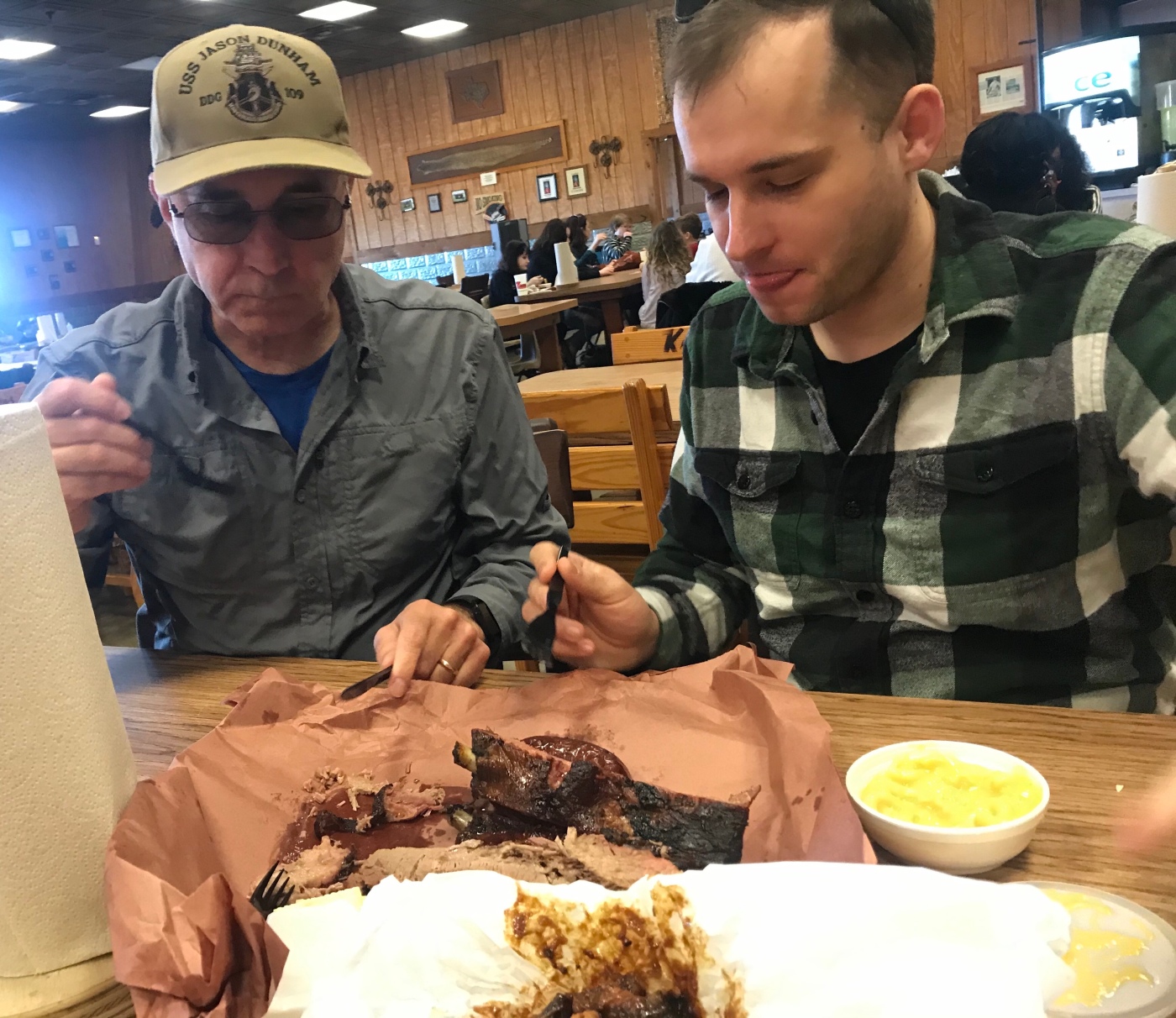 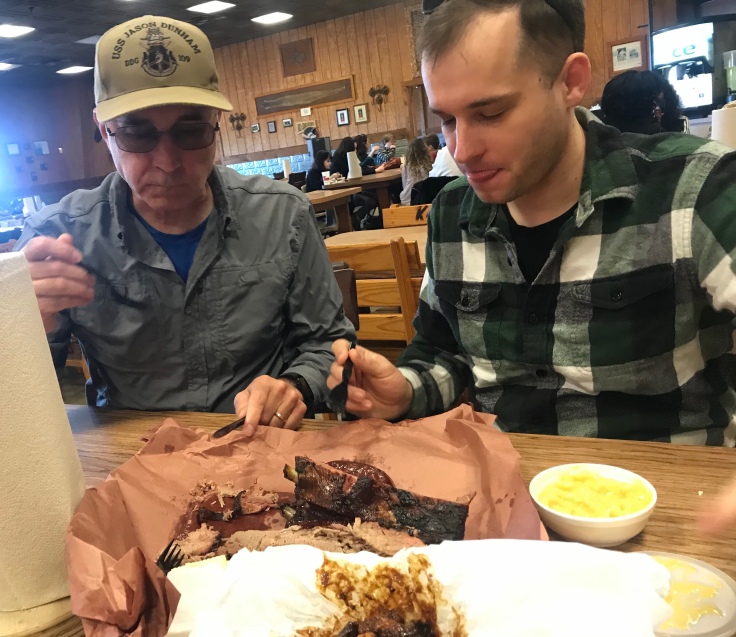 Lockhart is said to be the barbecue capital of Texas, and Texas is said to be one of the more serious states when it comes to barbecue. Lockhart has four big barbecue outfits. So how do you decide which one you’re going to try? Well, my favorite is try them all and then decide what you like the best.

The barbecue here is served by the pound. You tell the nice people how much you want, they slice it off and put it on a piece of paper and hand you the paper.

We went to Kreutz first. The attendant suggested beef brisket, ribs, and the sausage: their three biggest sellers. We went along with his suggestions. We also added some burnt pork ends to the order.

The food was delicious. The three of us all agreed that the ribs and the ends were the best.

After a little walking around, we went to Black’s barbecue. The setup at Black’s is the same, except for how they sell sides. You put a scoop of side on your plate and no matter the size of the scoop, the cost is $2.29. I should not have scooped some pickles, because in the next room they have pickles for free. Black’s ended up costing more because of the side dishes.

At Black’s we tried the beef brisket, baby back ribs, and smoked turkey. Consensus was the brisket and macaroni and cheese were a little bit better at Black’s than Kreuz. I would, however, go back to Kreuz because the wait staff was a little friendlier and the atmosphere was a little more upbeat than at Black’s.

After trying two barbecue joints, we were no longer in the mood to do any more taste testing. So we drove on to Austin.