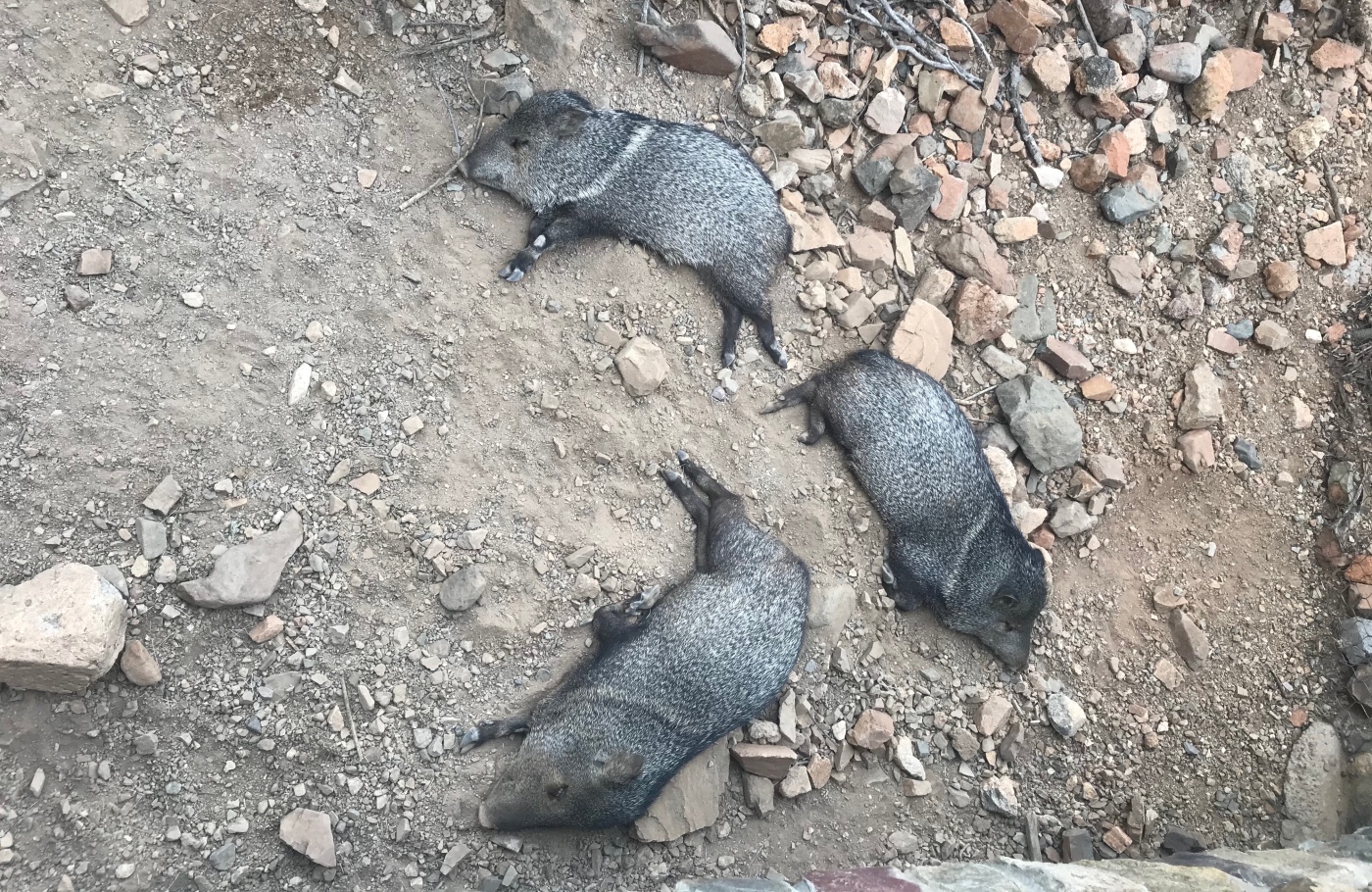 We didn’t intend on going to the desert museum, since we had already been to both Saguaro National Park East and West, and figured the museum would be more about the same desert flora and fauna.

We were nervous about the rain forecast and the flash flood warnings. After discussing them with camp host Katherine, they didn’t seem so bad. Just use common sense – if the road is full of water, don’t go into it. If the car in front of you goes through the water and you can tell the water is not deep, you should be okay to proceed. Flash flood warnings are issued most of the time rain is forecast. We figured they were probably similar to tornado warnings back home – more warnings than actual tornadoes.

Anyway, Katherine told us about some of the fun stuff at the museum and it sounded good.

The $21 price for adults is worth it. We hadn’t gotten far into the museum when we met two women who had birds tethered on their arms. One held a Harris hawk, and the other held a barn owl.

Another volunteer explained saguaro cactus to us, and then we were off looking at many, many things. Most displays are outdoors. This museum covers both the flora and fauna of the desert. We got to see other birds, a mountain lion, deer, coyote, bighorns, lots of fish, spiders, snakes, scorpions, millipedes, and yes, I got to see a javelina!

There is a hummingbird house and a pack rat den, which is a large children’s play area where objects are sized relative to a pack rat’s perspective, like “Honey I Shrunk the Kids” playground.

Oh yes, they also cover the geological and biological history of the Earth and have a marvelous collection of minerals and crystals.

Katherine also told us about some delicious taco restaurants in Tucson. We did try BK Carne Asada and Hot Dogs after going to the museum. We had the Sonoran Hot Dog, which starts with a weiner wrapped in bacon, and covered with pinto beans, onions, tomatoes and lots more Mexican stuff. Good!

It started to rain during our museum visit. I was intrigued to see what rain in the desert would be like. Funny, the rain just looked normal, like it belonged there.

The last time we had rain on our trip was October 17 in the Manzanita Campground of Lassen Volcanic National Park. So getting rained on was okay with us. There was some puddling and some water was moving through the washes, but it wasn’t so bad.