So we decided to go to Vancouver through Canada, not the U.S. We were pushing along just fine.

We got to Creston, a town full of orchards and two wineries, and saw Columbia Brewery. We had lunch an hour or so earlier and thought a stop to taste some beer was a grand idea.

We were the only customers in the tasting room and the young attendant peppered us with maps and brochures of the area.

“There are some great zip lines in Nelson.” The brochure she was showing us featured a circle trip that went through British Columbia, Idaho and Washington, called the Selkirk Loop. We saw that it was a 280-mile circle, and our intended route was straight through the loop in British Columbia, close to the U.S. border. Nelson was at the far north of the loop.

This necessitated going across the border, and Tom reminded me that we had some fruit and vegetables we couldn’t bring in the USA and we would have to surrender, even though they were originally purchased in the U.S.

Well, we reasoned, they inquire about FRESH fruits and vegetables, so if we cooked them, we wouldn’t have to surrender them. I got busy sautéing an orange and green pepper. Then I remembered to throw in the half tomato at the end.

We munched our last few strawberries then noticed the two bananas. Down went the bananas. 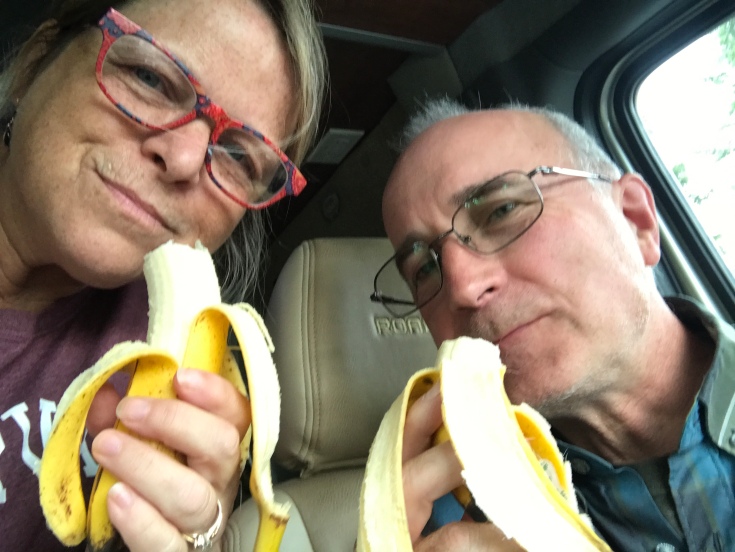 The border crossing was a breeze.

Then where to stay for the night. I found a place to boondock so we headed for it. I didn’t realize the spot was way up a mountain, but up we went. The road was newly finished and we passed a beautiful view of the lake below. But we had second thoughts about that. 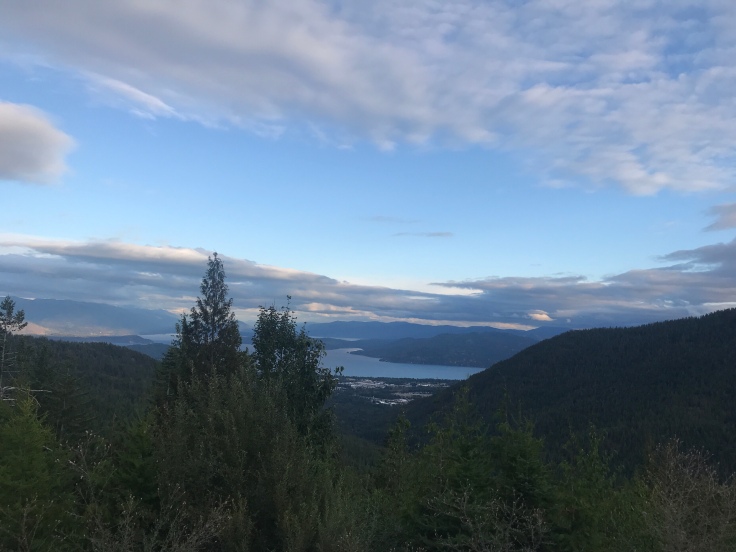 So we went back down the mountain and found a federal campground for $20 a night, but we expected we could use our National Parks annual pass and pay $10.

The price was now $21 and they wouldn’t take our pass for a discount.

Should have stayed on the mountain. And we won’t see Nelson anyway.

It appears that the only decision we could easily make today was to go to the brewery.