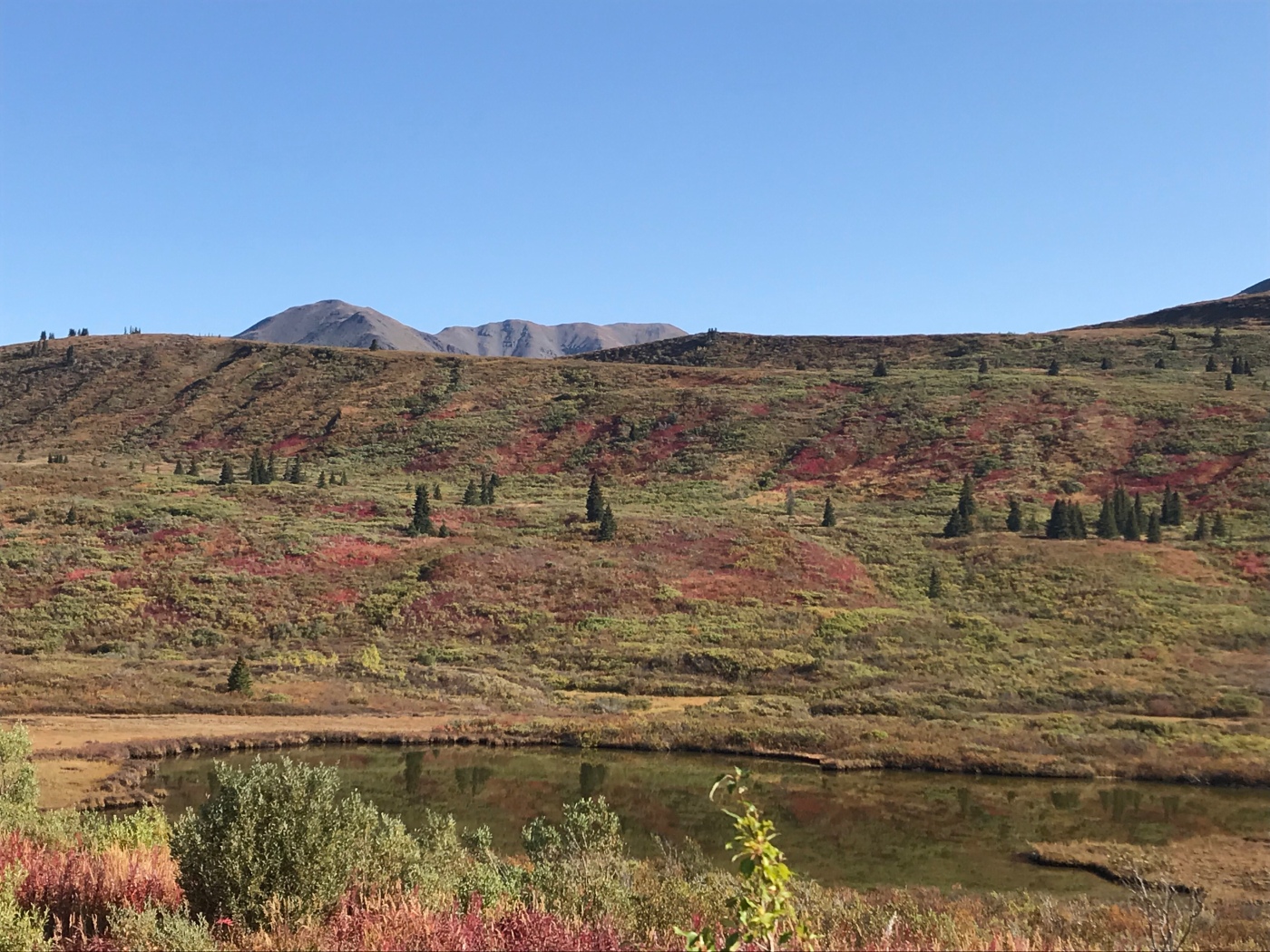 Sunny and chilly. Frost on the picnic table.

We left the Alaska Highway yesterday at Haines Junction, Yukon, and proceeded down the Haines Highway. Moving into British Columbia, we are still driving some of the most beautiful scenery in the world. Early fall colors abound in the shrubbery of the tundra. The fireweed I mentioned before has turned bright red, and some fireweed still holds the pink cottony tops.

We learned what a soapberry bush looks like, and that a black bear can eat 200,000 soapberries a day. All of the soapberry bushes we see are cleaned of berries.

Proceeding down from the mountain passes, we entered a “mountain hemlock“ zone, and the USA.

Soon we were at sea level zone, where Haines is. It was noticeably warmer. Summer is still in Haines.

Spotted some mountain goats on one of the hills along the highway, and several eagles. The Chilkat Bald Eagle Preserve is in Haines and we strolled through it along the Chilkat River.

We saw where the 8-ft mudslide was cleared from the Haines Highway.

Got into Haines and did some WiFi work in the library there.